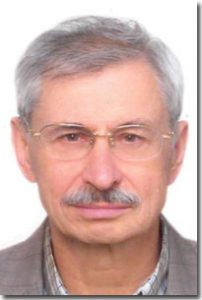 Victor Kostarev is a Mechanical Engineering (Gas and Steam Turbines) graduate of the Saint-Petersburg Polytechnic University, Russia. He received his Ph.D. degree in 1979 for investigation of self-excited vibration of high-speed rotors of supercritical steam turbines with oil film bearings. His professional career includes over 45 years of experience in analysis, testing and qualification of structures, systems, piping and components for vibration, operational, seismic loads and design basis accidental loads of nuclear power plants and other facilities in different industries. Dr. Kostarev is a founder of the State Laboratory for Seismic and External Events Protection in CKTI Institute (1977). In 1992 he established a private Structural – Mechanical Engineering Company, Saint-Petersburg, Russia (www.cvs.spb.su) where to date he is the President. He is an author of more than 50 papers and some inventions having worldwide application. Victor Kostarev is a consultant for International Atomic Energy Agency and member of the IAEA International Seismic Safety Committee (ISSC). He is a member of ASME BPVC Nuclear Code Committee on Construction in Nuclear Power and ASME BPVC Working Group on Piping (WGPD).